I never realized how hard it was to be a part of the Church as a single adult until I went through a divorce and became one.

When I worked full-time on church staffs, I honestly never thought about our programming implications for singles. We programmed for families, marrieds, even seniors but never singles. Looking back on that it was shameful. Our programming cause singles to be isolated and singled out of church life. 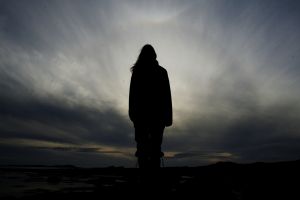 I’ve realized throughout my “church life” there has been this “push” or emphasis on getting married and being married. I think most people think and dream about what their adult lives will look like and most of the “most” dream of being married, but the churches I’ve been a part of seem to elevate marriage over singleness.

In Bible college, there was this unspoken pressure to find “The One” as fast as possible and move on toward engagement and marriage before graduation. Every time news of another engagement spread across our small campus, it was like the pressure cooker would turn up the heat even more. No one really verbalized any fear they might have had of the possibility of not finding a mate.  The spoken parts of this pressure where really cruel jokes. The joke for the ladies was that girls went to Bible college to gain their “MRS” degree. The joke for the guys was all about sexual pressures. The pressures of sexual purity on a Bible college campus seem to have been even greater than normal Christian college students. Every time a couple would get married while still in school, they would move to Married Student Housing. Among the guys on campus, Married Student Housing was known as “SexVille” “Congrats on moving on over to SexVille,” they’d say.
For the guys who were pastoral ministry majors there was an unspoken pressure that came from churches. If you were an unmarried pastoral ministry guy, you weren’t as marketable. I mean what does an unmarried pastor know about relationships in marriage and raising a family? No wonder so many couples moved to SexVille and began having kids!

Since becoming single, I realized that the Church can’t diminish singleness while elevating marriage. This thought was made clearer after reading this tweet by Grant Jenkins

God can and will complete the good work he began in you just as much as a single adult as he will in you as a married adult. It has been said that marriage is more for our holiness than our happiness. It is also said that God is concerned more about our holiness than our happiness. God wants us to be holy as He is holy and will do that work in us single or married. It’s our heart He is concerned most about.

Marrieds…It isn’t your calling to get singles “hitched” and on their way to “greater holiness.” Grow in Christ likeness and your marriage will flourish.

Church Leaders…Help people seek Christ and yearn for holiness. Single or married, young or old; make disciples. (Oh, and judge a pastoral candidate on passion for Christ and His Church, not on his marital status!)

8 thoughts on “Singling Out”

This. ❤️ @jpokluda
What a great honor it was to get to officiate the wedding of one of “my kids” which has been an extension of the sweet blessing of getting to hand off the role of student pastor to this particular “kid” that grew up in our ministry. This past year has been so full of beautiful God sightings. Thank you, Jesus! @fresh_hope_ @ryantimothyhall 📷: @emilyanneboone