I watched the mini-series, “Band of Brothers” for the first time last week.  It is an incredible depiction of the journey of Easy 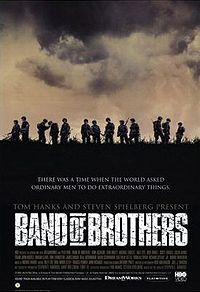 Company from the 101st Airborne Division from before D-Day until they were brought back home.

One of the things that caught me early on in the series was the leadership of Major Richard Winters.  While other leaders around him where scattered, unfocused, and inept, he stayed focused on the mission.

Staying focused on the mission can be difficult, especially in Major Winters’ case.  When dropped into Normandy on D-Day, Winters discovered that he had missed his dropzone by significant margin and was in the midst of men whom he did not train.  It would be easy to get distracted from the mission, yet Winters led these men on to one of the more crucial victories on D-Day, securing a German gun position that was firing directly onto the beach into marching soldiers.

This lesson isn’t just for those at the top of the ladder.  It’s for everyone.  We all have to understand how our role supports the mission and lead down and across our roles accordingly.

Good leaders stay focused on the mission.  I want to be one, what about you?