All of us make mistakes. I have known people, serving churches, in all stages in life who just can’t admit their mistakes. I have been in that situation myself. Early on in my ministry, I was too insecure in my abilities to admit when I had overlooked a detail or misjudged a situation and made a misstep. My first instinct was to try to make an excuse or even to believe I was actually standing in the right. 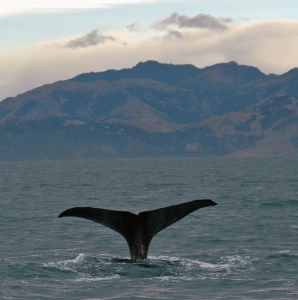 Prior to Jonah 2, Jonah has just been thrown overboard a ship while God was trying to get his attention. God had asked Jonah to make a trip to Ninevah to preach the truth. Jonah had misjudged the situation and ran instead. When Jonah’s misstep catches up to him, it is in the stomach of a big fish. God left Jonah in there for three days and three nights, where Jonah was left to think about what he had done. I know I have made mistakes where I was left to think about it. Imagine Jonah, who was literally being digested by this fish. What a place to think things through. Jonah spends chapter 2 praying to God and asking for forgiveness. That leads me to principle #2…Growing Leaders Ask for Forgiveness. Jonah knew he had made a serious error in judgement. Sometimes I wish God would deal with my leadership blunders like he did with Jonah. If God would send a fish to swallow me when I have a dumb moment, maybe I wouldn’t spend so much time trying to hide from my mistakes.

As growing leaders, we have to be willing to admit failure and ask the proper people to forgive us for being short-sighted and sometimes overconfident. It wouldn’t have done Jonah any good to be stubborn and sit in the fish for digestion. Many of us have been there, refusing to admit our mistakes.